The 2.5km segment of the Highway 7 VivaNext project was officially opened in August 2013 and includes six stations, bike lanes, wider boulevards and two fully-accessible buildings that connect Hwy. 7 to Bayview Avenue with stairs and elevators. Read more on the recent award>

Judith S Wright has been involved in this extensive project which is being phased over a number of years. Judith says "It's very good to see this significant project being recognised with an award. I have been involved in most of the phases so far: reviewing and commenting on drawings, acting as Owners representative to check the work being done by the Design Build company. I've also been involved in cost analysis workshops and made some site reviews." 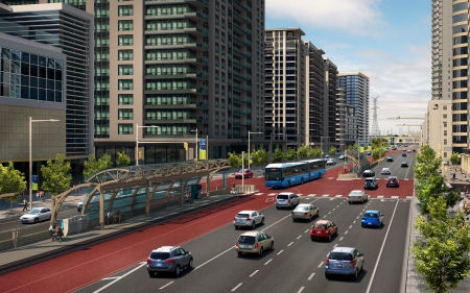