Judith S Wright and Premier Landscaping & Design created 'Welcome to Ben’s world' - a garden inspired by Ben Heppner. Ben’s life is spent much on the stage so it was natural for Ben to choose a garden scene from one of his favourite operas, Parsifal, by Richard Wagner.

Judith Wright, who also designed Ben’s own garden, knows Ben well. The words given to Judith were, “Opera is bigger than life, bold — and the scene should have a tree!” (Ben invariably sings under a tree). Not an easy task given the small space; however, Judith uses the backdrop to create a  dark forest scene and bring to life a small part in 3D. Whilst on a stage the scene would be bigger, but Judith wanted to create an intimate space allowing the audience a closer link to Ben’s world. 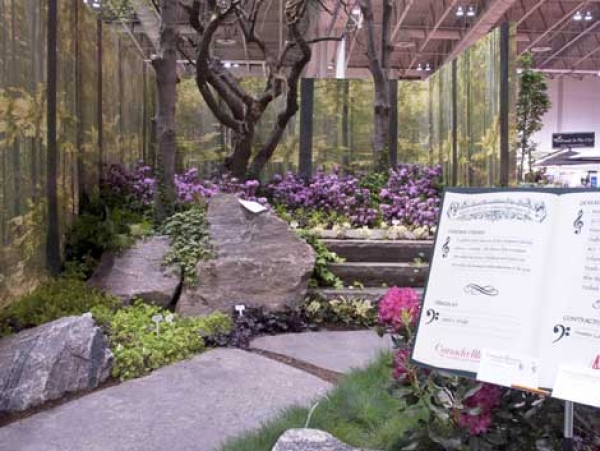